I came here to meet Czechs, not Canadians

When you go to live or study to another country, everyone warns you about culture shock. On the other hand, Zack Holeksa came to Prague two and a half years ago to study Economics at the fifth faculty and still hasn’t found anything that would be surprising – other than sometimes struggling with the Czech language.

How did the idea of studying here in Prague strike your mind?

I was travelling here three years ago and I really liked the city. I decided I wanted to live here and started to look for universities to go to. I thought it would be better to study here than work, especially since I hadn’t studied in Canada. So I quit my job and came here when they accepted me to VŠE.

What were your parents´ and friends´ reaction when you told them you want to study abroad?

My parents were actually really happy, they wanted me to study, because everyone in our family has gone to university. I had a good job in Canada and some of my friends thought it was weird that I was leaving, especially because I was on a good career path. Also lots of people don’t leave Canada to study, maybe for an exchange, but not for full time, so that’s why they were sceptical.

You’ve been here before, but still, what were your first impressions when you started living here?

I kinda knew what to expect from the city since I’ve already been here. But I’ve never had a roommate before in the same room. So that was kind of shock to me in the dorms, but he ended up moving out after couple of weeks, so I was actually lucky.

In your opinion, is it hard to talk to locals or get closer to them?

I didn’t have any problems. When I came here, I was trying to be outgoing, because I came with no friends. So I thought I might as well be friendly to people. Playing on the hockey team has been really helpful and when you start playing hockey, the guys around don’t have other choice but to talk.

When you started to learn Czech, did you find it easier to approach people?

I think the biggest difference I’ve noticed is in restaurants. When you speak in English the waiters in restaurants, especially in the centre, are not that nice. But once you start to speak a little bit of Czech they start to get nicer. Obviously, when I speak Czech I have an accent, so they can tell I’m not from here, but it helps. On the hockey team, they were speaking to me in English in the beginning, but now we speak mostly Czech, so it’s easier.

In Czech I’m avoiding anything with three or four

What do you find most challenging about the Czech language?

Cases, we don’t have that many in English. And remembering how to use the different endings. Everyone speaks a little bit different so with someone new it takes me a while to figure out the way they are speaking, but even before I have a pretty good idea of what they are saying. Obviously, in English the word order matters a lot, but here not so much.

Do you have a favourite Czech word?

„Pivo” would have been a good one, but that’s too easy. Maybe „Jako”, jako what I lean on a lot. When you’re learning a new language, you have a word that you come back to and lean on… jako is a good one. I can’t say anything complicated, though. Anything with an R with the háček is hard. I don’t like anything with a three in it. Four is also difficult. If I’m giving a tip, I’ll round up so I can avoid the three or four. 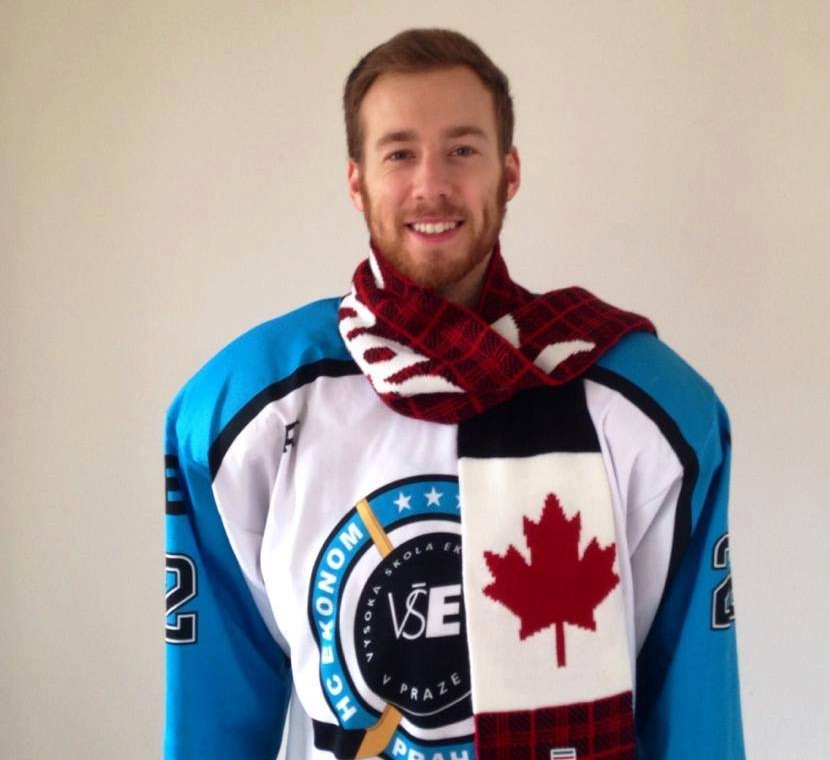 Did you have any adjustment period?

Not really. I figured when I’m gonna live in a different country I’d better learn the language, but apart from that I still do the same stuff: go to gym, play hockey. Back home I have a friend and his dad is Czech, so I kind of knew about his humour without even realizing it.

Our humour is very specific…

Yes, it is specific, but it’s funny. It was something I got used to as well, maybe some of the jokes we wouldn’t necessarily make in Canada, but as I said it’s fun. It’s not like I came here to expect it was like Canada either. That’s why you go to different countries. There is no point in complaining, because if I did it’s worse for me, because I’m not gonna force people to change.

Did you ever have funny misunderstanding while speaking Czech?

Nothing that’s been really embarrassing… usually if it’s something important, then I won’t speak in Czech, I’ll speak in English. Even if I have the understanding of how to say it in Czech, I’ll still say it in English just because on my end, I don’t want to have any misunderstandings… But I’ve still got a couple of months left here to make those mistakes.

Do you usually hang out more with Czech or English-speaking people?

Usually I’ll go out with more Czechs, whether it’s my hockey team or my roommates or my other friends… pretty much everyone I hang out with here is Czech. I’m happy, that was a goal of mine. People ask me if I hang out with Americans or Canadians, but I say no, I didn’t come here to meet Canadians, I have lots of Canadian friends. I lived with a Canadian guy last year who was awesome, but now I have two Czech roommates and I’m completely happy with it.

How would you compare the classes here and in Canada?

It’s more difficult there. I’ve seen some of my sister’s papers and they are more strict with certain things. I might have the advantage here over others, because I study in English and it’s my first language. Obviously, I’ve heard that the Czech classes are supposed to be more difficult than in our program.

How do you handle all the stuff around thesis? You don’t have to write it in Canada.

Yes, we don’t have anything like that. Not even the state exams, when you finish your classes, you are done. So that’s why it has been a little stressful. I’m starting to think about it now and writing my thesis.

After being here for three years, do you feel like you’ve seen everything?

Yeah, I don’t leave my area too often anymore. If I have people come to visit, I’ll go to the Castle or Old Town, but otherwise I stay in my area. I try to stay out of Václavské náměstí, there are too many tourists and since I’ve been here so long I know where the less expensive bars with the same type of beers are.

Which part of the Czech Republic do you like the most?

I spend obviously the most time in Prague, but I’ve spent two months in Poděbrady, where I had my Czech courses. I’ve been down to Český Krumlov and Ostrava, which is close to where my great-grandfather was from. I also went to Pardubice for a day, Nymburk… and of course Pilsen. What else… České Budějovice, Ústí nad Labem, Terezín, Karlštejn. I travelled a lot, but I’d still like to go to places like Krkonoše or national parks.

What’s your favourite place in Prague?

In the summer, my favorite thing is to go down to Náplavka and have a beer at sunset with a view of the castle and music. That’s probably my favourite. Also, if you bring a couple beers and go up to the Metronome and relax, that’s nice too. 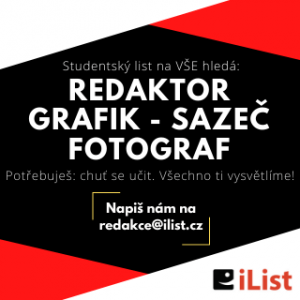